Does Application Development Ever Make Sense To An MSP?

I wrote this piece about application development in March 2019 for Channel Executive Magazine.  Some revisions and edits have been made.

1982 was the year. I was 13 years old and got my first computer: an Atari 400 with a whopping 8-bit processor and 16kb of RAM. At that time, we computer novices taught ourselves the BASIC (Beginners All-purpose Symbolic Code) language and typed code from magazines into our massive computers. My computer was connected to my black-and-white 13-inch television. Of course, turning the computer off was not advisable since we would lose all of our code until we had our first floppy disc drive. Eventually, our high school had NEC computers with floppy disc drives. It was there that we were able to spend more time programming and deepening our skills. As we spent more and more time in the “computer world,” we also began to help support the systems with hardware issues.

As a youth, I found when working with computers in any capacity, the time just seemed to go by very quickly. Sports, especially soccer, was a passion, but I knew my career would be in computers. The purchase of a 1200 baud modem would allow us to virtually travel to BBS (bulletin board systems). We would eventually create games on BBS for no cost but would accept donations. People would send checks if they liked our games. One game called “Quest” had made it onto many top BBS and was highly rated in one of our favorite magazines, Atari Age.

As the son of hardworking immigrant parents, I inherited both an impeccable work ethic and value system. My French-Canadian mother, a teacher, would instill the thirst for learning, as well as the values of structure, dedication, and discipline. My father, an Italian immigrant, was a welder by trade, but also did a bit of construction and other types of blue-collar labor. I would assist, and I learned the art of customer service quickly: When you have a great customer, provide all services possible. The services you provide must be exceptional. He taught me how to respect and nurture customers, as well as how to bill them and how to upsell.

I knew early on that computers were my calling. There was never a doubt in my mind that one day I would be the founder of a computer-based company and operate that company based on many of the principles learned from my parents, my participation in team sports, and my passion for the industry.

I entered university in the mid-’80s, and I was the only person in the dorm with a computer. I had moved up to an Atari ST with a 10-megabyte hard drive, micro floppy disk, dot matrix printer, and a full-color monitor! My firm policy on term papers and essays for fellow students and colleagues was that they could type in their articles for free, but I would charge them $5 per page to print them out. Many students made expensive phone calls from the payphones by using calling cards that they had purchased. I may or may not have been involved with a self-created “homegrown” application that discovered calling card numbers with a particular Atari ST computer and a bit of code that would test combinations of numbers during the night while sleeping. Is there a statute of limitations?

Regardless, my computer-based enterprise drew a lot of attention from all of the students at Southern Connecticut State University. IT all seemed to be tied together. Programming, gaming, word processing, coding, computer repair, and network support all live under the same umbrella.

After college, I worked at a help desk for a year to build capital. I officially started and legally opened Forza Technology Solutions (Forza, an Italian word for force or strength) in my father’s garage a year after graduating college in 1993. Afterward, I founded Forza as a computer network support and programming firm, which later evolved into an MSP and AppDev.

I would pursue and sign computer support, and AppDev works, independently and occasionally together. One skill would lead to the other on many occasions.

AppDev is a nonrecurring project-based business that is, therefore, impossible to forecast. We would staff up for big projects from Yale University, Master- Card, Pfizer, and Bristol Myers. We would wait too long to staff down, which would occasionally burn through the profit on some contract projects.

1999 was a pivotal year. Until then, I had been working very long days for six years, which yielded excellent revenue; but I was working billable hours and getting caught up in the day-to-day workings of the business, which made it difficult to grow the company.

All the news reported that no computer would work on New Year’s Day 2000. We would acquire a much larger firm and triple in size. With the world going crazy with the Year 2000 fear, we were incredibly busy with projects, upgrading systems that would work in the new year. We had a lot of programming Y2K-related work as well. We were growing both areas of the company rapidly. What a year! AppDev and computer support were a perfect marriage; we were a one-stop-shop for many clients.

The company wasn’t all that was growing. I graduated from college at 200 pounds and now found myself at 340 pounds, the largest I have ever been. As a result, I had high blood pressure and high cholesterol. I looked into my newly born daughter’s eyes and promised myself to make a change and never let this happen again. Without telling anyone, I cut all my meals in half, cut out all sugary drinks, worked out every day for eight months, and lost 100 pounds. After losing all of that weight, I wanted to make sure I didn’t gain it back, so I hired a coach and began doing triathlons. I went from 340 pounds and a 46-inch waist to 195 pounds and a 32-inch waist!

The secret: There is none! It just takes discipline; no secret sauce, just discipline. Connect with me on LinkedIn and I’ll send you a before-and-after photo if interested.

In the 2000s, we were now with over 30 employees and developing mid-management. In 2007, a significant platform shift occurred. All of our previous systems were internally created and flawed with time leakage and other inefficiencies. We purchased and adopted ConnectWise and Kaseya and also became involved with Gary Pica  (@garypica) and TruMethods (#trumethods). This adoption of technology and methodology turned us into an MSP. Our flat-rate monthly billing and proactive services proved to be the largest shift in our history.

(I need to remind the reader that in 2007, ConnectWise was utilizing and recommending Kaseya as the RMM.  This is a far cry from the extremely competitive relationship they have now.)

Within months, my management started demanding better business intelligence and dashboarding for these two major platforms of ConnectWise and Kaseya, which revolutionized our firm. By having a focus and strength in coding and database, we created internal dashboards to meet the needs of management. We put these dashboards on many of the desktops and eventually gave them to the technicians and other departments as well.

Application Development: POWER OF THE PEERS 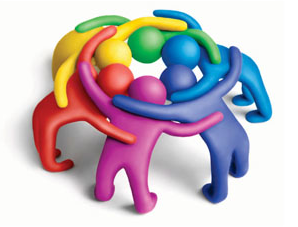 In 2008, Microsoft convinced us to join the Heartland Technology Group (HTG), now known as ITNation Evolve. This was an extraordinary move. I could collaborate with peers in a selfless and trustworthy way that was astounding. I found such relief knowing I was not on an island by myself. What’s more, I discovered it was easier to work on the business when I was away from the business, as our face-to-face meetings were in different locations across the nation.

During a review with my peer group, I displayed some of our dashboards. My peers stopped my presentation, demanded that they have these dashboards, and insisted I go to market. They would become my beta test group.

As a full MSP and AppDev office, I had no intention of going to market with a product. I was convinced by my peers. We introduced CWDash, the “Simple and Light Dashboard” for ConnectWise, to market in 2010 on a subscription basis. We had great word-of-mouth and did quite well. Monthly recurring revenue changed things for AppDev. Our MSP continued to grow, and our AppDev business now became predictable. We still had many AppDev projects in a nonrecurring fashion, as we did on the MSP side, but this product was a new beast. Again, it was not my idea to bring it to market; it was my peers’. Then something crazy happened in 2015.

Five years after introducing our product to the market, vendors saw the success we were having with CWDash and asked to put advertising in the product. What? Why would we do that? Since the windows app works only with ConnectWise, which is the vendor’s target market, why not use this as a vehicle to get in front of these great MSPs?

We moved away from selling and now give it away with advertising. We make more money giving it away than we did selling it, with over 6,000 MSPs using it worldwide.

APPDEV (Application Development) FOR YOU?

Is AppDev the correct additional service for every MSP? It was for us. If you talk to Service Leadership, the answer is an emphatic NO! Mixing nonrecurring and recurring revenue streams are not recommended. Can you make AppDev recurring? It has worked for us. I always viewed MSP and AppDev as a symbiotic relationship. Now with sophisticated development tools, cloud services, and outsourcing, AppDev has become even more attractive than ever. 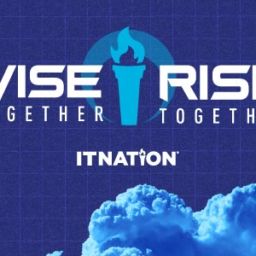 I have not missed any ITNation Connect event since 2007.  Thus far, this year had the biggest congregation compared to… 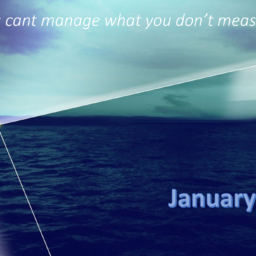 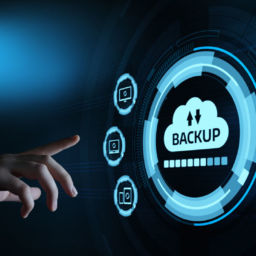 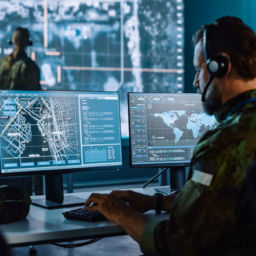 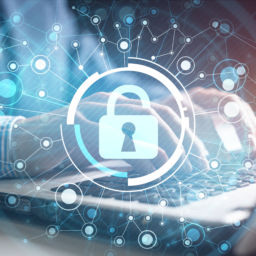 As companies deal with the economic impact of the Covid-19 pandemic, SMEs are now cutting operating costs as much as… 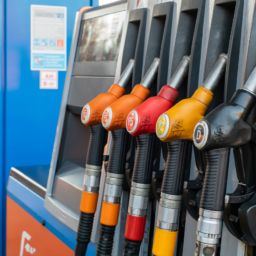 Information Technology (IT) has been quickly evolving over the years. In order to be competitive with other rival companies, you… 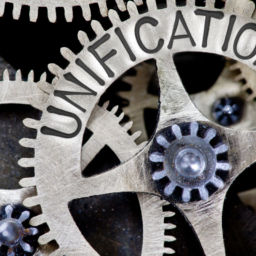 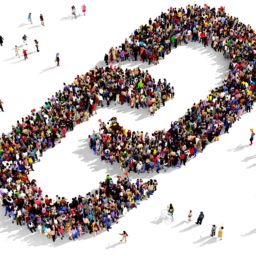 Why You Should Join An MSP Community

An MSP or Managed Services Provider refers to an organization that offers management solutions to companies. For instance, they manage… 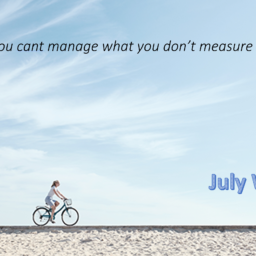 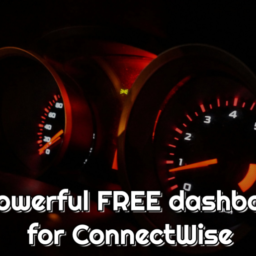 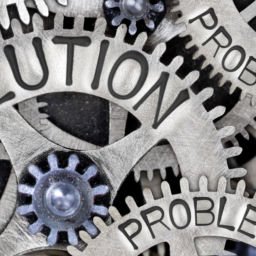 Managed services providers face various problems more times than they want to. However, if you want your business to succeed,…

This site uses Akismet to reduce spam. Learn how your comment data is processed.